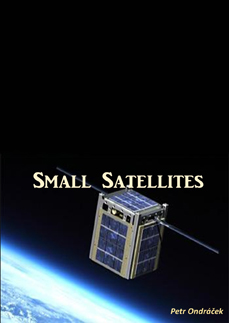 The educational material deals with the issues related to the development and use of perspective technology of small satellites and their future trends in various areas of space-based applications and representing a commodity in the space market.The technology of small satellites operating in low orbits from 400 to 1200 km allows a significant reduction in the cost of their operation.This is due to the small size and weight up to 1000 kg, the possibility of being launched into the space as part of large satellite missions, shortening of the pre-launch time and the length of missions up to 3 years, further using normal production for their construction and operation of both satellites and Earth´s stations. This opens the door to the participation of small manufacturing companies, academic, and research teams and other amateur interested parties.Small satellites represent an innovative revolutionary element throughout the entire chain, from the production of space technologies, the means of launching and positioning satellites in space, to communications, operations management and cosmic debris protection. These components are now referred to as the 'New Space Industry.'The area of small satellites is linked to the solution of several topics related to technical, and legal instruments for regulation, radio spectrum management, and ensuring free access to the use of space, protection of satellites and their payload, and cosmic debris.The material provided herein is aimed at providing basic knowledge and orientation in a broad set of topics relevant to the issue of the construction and operation of small satellites CubeSat standard, especially in low orbits.It is also intended to be applicable in teaching in secondary schools, further university studies, and in practice.